Can automobiles ride mobile and open source application development trends and become more programmable?  Can the car become an app market place for innovation and software development? It may be possible, to hear T.J. Giuli tell of it.

Giuli, a technical expert at Ford Motor Company’s Research and Advanced Engineering organization, recently told EclipseCon 2012 attendees in Reston, Virg. about OpenXC platform.  It is, he said, a joint effort of automaker Ford and embedded tool maker Bug Labs. The OpenCX platform is intended to produce a standard way of connecting aftermarket software and hardware for cars and trucks.

OpenXC is an API to the car. It requires installation of hardware components, which then read and translate metrics from a car’s internal network. This data can be handled by Android applications using the OpenXC software component library.  It can be used with the OSGi framework and the Eclipse-based Dragonfly IDE. The software is now in a limited test release. It is an important indicator of how far open-source efforts may spread.

Even SOA has made an appearance in some embedded services development efforts that are based on modular methods for updating and enhancing automotive “infotainment” systems. Still, reminds Giuli, software development is very different in the automotive world. 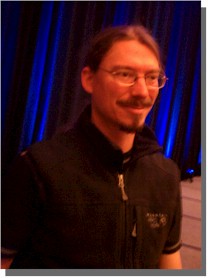 Consumer electronics design cycles are measured in months, versus years for cars, which must adhere to the strictest safety guidelines, he said. Remember, cars have extended warranties. “A lot of engineering goes into making it last for ten years or 150,000 miles. It’s almost like mil-spec,” he said.

That leads to difficulties, Giuli conceded. “At the end of this [almost] three-year development cycle, the technology is obsolete upon release.” Think of the advances in small devices that have occurred in the last three years.

There is significant potential in open platforms for automotive software development, according to expert viewers. “I think it’s really exciting to see the evolution of cars as a platform for development,” said Melinda Ballou, analyst and program director for Application Life-Cycle Management research at  IDC.

“Data and information that was locked up becomes available in a very different way to typical developers,” she said. Ballou also suggested use of Eclipse open source IDE software for Google’s Android Development Tools gives added vitality to the Eclipse platform.

While safety will remain a major concern, software such as that described by T.J. Giuli at EclipseCon will help build “Web 3.0” or “The Internet of Things” according to conference attendee Christof Hammel, developer, architect and programming engineer at auto parts giant Robert Bosch GmBH.

That will help meet consumer needs. “For the car today,  the new generation wants to have the features they have at home and with their  phones,” Hammel said.

Safety will remain a big factor. It is said that designing interfaces for mobile apps is different than for land-based apps – that is even truer for automotive computer system interface design. “Things that require total focus don’t make sense at all,” said Ford’s Giuli. “So you have to think about designing differently.”

His comments came only a day after representatives of the Alliance of Automobile Manufacturers urged congress to help ensure that mobile devices limit the likelihood of distracting drivers when the devices are included as part of vehicle systems. – Jack Vaughan

cobiacomm - 9 Apr 2012 12:19 PM
Excellent article Jack. T-Mobile is building a similar solution that they call Connected Car. The Connected Car Platform will sit in the center and work with several ecosystem partners. It will provide any-to-any services between telecom service providers and a range of mobile and in-vehicle devices. It also will serve as a platform for automakers and other OEMs and suppliers to deliver white label solutions. Additionally, it will support revenue-sharing opportunities with service and content providers, as well as governments. Read more about Connected Car and the underlying technology, WSO2 Stratos, at [A href="http://wso2.org/library/wso2con2011/talk-wso2-at-connected-car"]http://wso2.org/library/wso2con2011/talk-wso2-at-connected-car[/A]