Our sister site, TheServerSide.com, has an interesting post on a kerfuffle between Microsoft and some Hungarian students who are angered that the company has bought the nation’s technology curriculum.

The TSS.com audience takes the whole matter down an educational rabbit hole, but let’s try to keep focused on the technology issue here: Microsoft apparently thinks it can unring a bell. The notion that there is one technology to control them all is dead. Steve Ballmer can funnel all the cash he wants into the Hungarian educational system, but students are still going to get exposed to a bevy of technology outside of the Microsoft platform.

There’s simply too much information available to think that what amounts to a technology abstinence program has any chance of succeeding. The kids will pick up Java in the streets. They’ll program with Ruby on Rails when you’re not looking.

This is the chief reason why I dig SOA. It aims to tackle the big questions. What are the big questions you might ask? Well, you’ve now got a network that extends around the globe and a massive selection of technology at your disposal. That selection will only grow, as will the number of nodes on the network. They will in fact grow at alarming rates. So how do you use all of that in some sort of cohesive fashion? How do you find order in that chaos? How do you prepare for everything and anything? Service-orientation comes equipped with a set of principles to help address those questions.

If you don’t get that, then you’re not ready for 21st century IT. No one is immune from it, not even Microsoft … and the national borders of Hungary will provide no defense from it. We have hit the point where there is so much technology that no single technology can afford the conceit that it will exist by itself. In fact, those technologies that seek to cloister themselves will quickly become irrelevant.

I suspect that reality will undermine Microsoft’s investment in Hungarian mindshare, turning the story from one of unseemly corporate influence to one of angry shareholders demanding to know why anyone thought this was a good idea in the first place. In fact, I imagine that after Microsoft spends beaucoup Euro on teaching young Hungarians all sorts of non-Microsoft technologies, the PR spin will be that this is an example of what a good corporate citizen it is and that it’s hoping to reap the dividends of good karma.

There’s plenty of money to be made as a player in the development market, but the quaint notion that you can curb the supply or demand for development technology stands to kick a vendor right in the balance sheet. 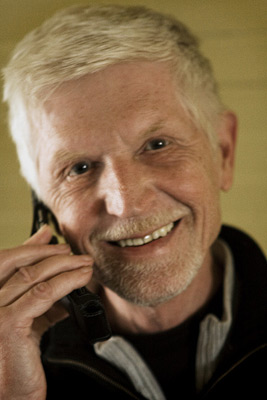 Tuomoks - 27 May 2008 11:53 AM
I think Anne Thomas Manes "The technology really is irrelevant. The technology you use today is going to go away at some point. Itâs about how you use technology, not what technology you use." says it all. It has always been that way and it will always be that way. Now, SOA and technology lock-in should not even be on the same page! Unfortunately, today, too often technology comes before business. Is it because it is easier, people getting lazy, more power games and politics in corporations, vendors getting more pushy and more clever, or something else? I don't know but I have seen the results many times in past and they are not pretty! Still wondering where the whole idea that technology can replace strategy, thinking, planning, etc came (again)? Education, greed, what? And yes, MS is (mostly) still doing what was their success story but there are signs that they may change? It just will take time and that is one luxury in todays fast paced business world which is getting shorter and shorter. Maybe SOA teaching and advertisement should be more on Cxx and MBA level than on IT level? IT should but doesn't always see the big picture, only technical solutions which, as good and needed they may be, are not the whole business.