He cited some examples of reuse related savings for the Volt, estimating that 90% of the software developed for GM’s conventional engines was reused on the Volt. Moreover, 60% of the HVAC software was reused. Furthermore, Volt has a reconfigurable LCD display for its instrument cluster, he said, adding that it benefits from 90% reuse of software components from a conventional cluster.

Reused components have well understood metrics that allow for “more predictable processes and planning,” according to Bolander.  It is ironic, he noted, that rote reuse can serve to free-up developer time that can then be concentrated on innovation.

“Our vehicles are differentiated more and more by software capabilities,” said Bolander. Interaction between software engineers and automobile systems engineers is now a daily fact of life, he said. 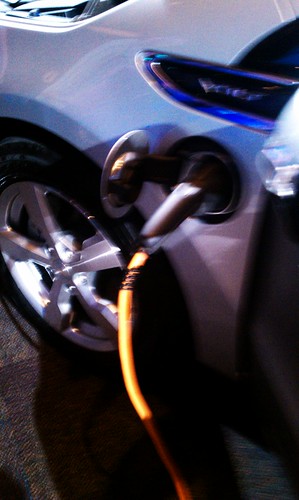 Figure 1: At IBM’s Rational Innovate 2011, Bill Bolander, Technical Fellow, General Motors, featured the Volt as an example of successful software reuse. A model hooked up to an electrical recharging tether was on display.