The majority of top-grossing products in app stores are social games, yet their potential to benefit the enterprise is just beginning to emerge, according to Kyle Richter, author of Beginning iOS Social Games. Mobile has not only transformed the gaming industry, it has transformed the way -- and the reason why -- games are played. "People want to interact with their friends. They want to compete against each other. They want to share those experiences. It's a very interconnected gaming world."

In other words, games that make use of social features have the potential to attract and engage a wide range of users. Its benefits, therefore, need not be restricted to the consumer market. In this article, Richter shares strategies, pitfalls and lessons learned from developing social games on iOS. He also explains why companies should care about them in the first place.

Social games: Why they matter 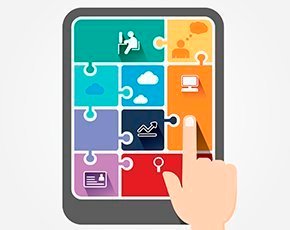 Social games have made it convenient for advertisers to tap into an interconnected community, a much more powerful network than a group of disconnected individuals. The media has already used social games as a new, cost-effective approach to marketing. After all, running an advertisement on television is astronomically more expensive than developing and launching a gaming app.

"We're seeing more and more companies get behind social gaming. For example, the Pixar movie, Brave, created a brand of Temple Run written for iOS and highly leveraged the social side," Richter said. This was particularly impactful for two reasons: people were more engaged in games than in television commercials and the ad's message was coming from friends and family. "That carries a lot more weight than a random TV advertisement," said Richter. Social games have also been used as a means of social change. Apps like Inside the Haiti Earthquake and Climate Challenge attempt to create an immersive social experience in order to engage, then educate the player.

With gamification on the rise in companies -- and with increasingly sophisticated game development toolkits on iOS -- enterprise social games are becoming a viable tool for forward-looking organizations. For example, interactive role playing games could be used to develop skills, incentivize productivity and enhance training sessions.

It's generally accepted that Android and iOS are the two major platforms in the mobile space. In terms of mobile gaming, however, iOS far surpasses Android, particularly for beginning developers. "Android, as opposed to iOS, is a very fragmented market. There are 1900 plus devices that are available on Android and a lot of them aren't being upgraded," Richter said. Add in many different screen sizes and Android devices become a nightmare to support.

iOS, on the other hand, is far more standardized in terms of devices, software updates and operating systems. "Apple's also gone out of their way to add a lot of gaming frameworks to the device to make it as easy as possible to get up and running, especially on the social front," Richter added. The introduction of Game Center was instrumental in simplifying iOS game development.

That said, there are also cross-platform development tools that allow developers to write a game once and then deploy it on multiple platforms. According to Richter, Unity is a good example of this kind of development tool. "Those are really starting to take off as well but they have a number of drawbacks as far as being a device specific UI," Richter said, adding that cross-platform development has less fine grain control over specific device functionality.

First time social game developers should be made aware of several pitfalls. The first is that social gaming involves many different social networking platforms -- Twitter, Facebook, Foursquare, Linkedin, etc. -- and all have different attributes that may or may not be suited to the game in question. More importantly, these games depend on interactions between players. These conditions are notoriously unpredictable and difficult to replicate.

The issue that few developers consider beforehand, however, is the scalability issue. "You set up a server farm in order to handle 100,000 players. Then, something like Words with Friends comes along and has several million players right off the bat. That can wreak a lot of havoc on your servers," Richter said. He added that this oversight shut down a lot of games on launch, particularly games coming from smaller developers or consultants. According to Richter, scalability should be a primary concern. Games that might have been a huge success don't take off as they could have and shutting down because of widespread adoption is an unfortunate way to fail.