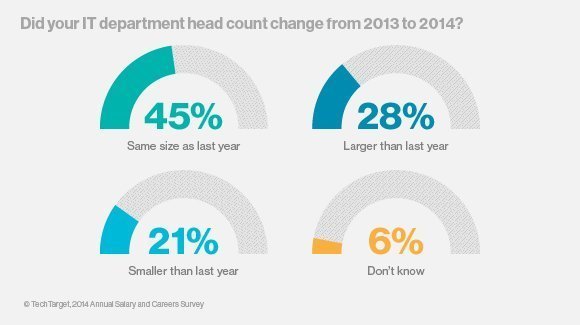 Staffing size appears to be remaining steady, with 45% indicating their IT department headcount stayed the same from last year, 28% indicated an upward swing and 20% noted a decline. For those who reported a growing department, the average increase was by nearly 15%, whereas the average reduction was 8%. Furthermore, one-third of respondents indicated their organization was looking to make new hires and 26% said they were already fully staffed.

NEXT: IT pros' most consuming thoughts